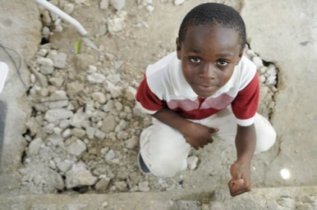 Haiti has a population of 11.4 million (2020), 36.2% of whom are under 15 years of age with a life expectancy of 64 years (2019). Most children in Haiti (59%), a republic that occupies the western side of the island (three-eighths) of Hispaniola in the Greater Antilles archipelago of the Caribbean Sea, live in poverty according to United Nations Development Program, with 24.7% of Haitians living in extreme poverty in a country Haiti ranked in 170th place out of 189 countries and territories in 2019 in terms of life expectancy, literacy, access to knowledge and the living standards of a country; the lowest in the 'western' world. Conditions have always been tough for Haiti children with 1.9 million of them estimated to be food insecure and levels of acute malnutrition having increased by 61% during 2020-2021 according to Integrated Food Security Phase Classification (IPC) estimates, with 22% of all children chronically malnourished.

The infant mortality rate (under fives) in Haiti (currently 62.8 deaths per 1,000 live births, though significantly down from 241 per 1,000 live births in 1970) is still the highest in the Western Hemisphere not least because in rural areas, most mothers do not have access to proper medical facilities, emergency transportation, or skilled midwives. Contraception use is low in the country as many believe God decides health care decisions like pregnancy. As such, most children in Haiti typically have 4-5 siblings. While upper-class people have cars and live in mountainside villas, the rural poor live in two-room dwellings made from mud and thatch without running water whilst the urban poor normarily live in unsafe structures made from found and scavenged materials. Again the rich live lifestyles reflecting North American values whilst the poor, again mainly in rural areas, practice polygamy (though technically not legal) with the lower socio-economic class having 'plasaj' (common-law marriages) and, as such, often live in more informal, extended-family environments. Haitian culture iself is a unique mix of European, West African, and Latin American influences where interpersonal relations are important having been forged through historical slavery and poverty. Men are considered the head of the household and decision makers as well as the bread winners however it is left to the women to actually run the household and make decsions regarding the children, seeking advice from elders as and when required with many of the older generation living under the same roof or in different structures on a shared property. 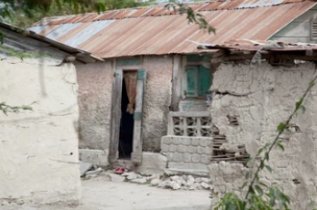 There are an estimated 1.2 million orphans and vulnerable children (OVC) in Haiti and around seven thousand of them live in the street of the country's capital Port-au-Prince, although thousands more can be found in Cap Haitien, Gonaives and other larger urban areas. The 2010 earthquake left a whole new generation of orphans when 11% of the entire population of Port-au-Prince were killed. Many childrens lost their homes in that tragedy, with 1.5 million displaced. Then, in October 2016, Hurricane Matthew struck the south-west coast of Haiti causing widespread damage and flooding, affecting around 2.1 million people. Tragedy struck again on 6th October 2018 when a 5.9 magnitude earthquake struck killing 12 people and injuring 188, and again in 2020 when Hurricane Laura hit the country killing dozens, then the strongest earthquake since 1842 hit south-western Haiti in 2021 leaving an estimated 2,207 dead and more than 12,000 injured. All this in a country beset up political instability with a government often described as inept with gangs running large swathes of it.

Education for children in Haiti hasn't really recovered from the 2010 earthquake that damaged or detroyed most schools and pledges of aid never materialised. Whilst the Haitian government continues to espouse the creation of a free public and universal education system for all primary school age students in Haiti, that pledge hasn't been met with any actual money leaving the country with one of the poorest education systems in the Western Hemisphere with 90% of all students reliant on the private/third sector. Given the lack of teaching staff most schools operate a half-day system of four hours. Haiti's literacy rate of about 61% (64.3% for males and 57.3% for females) is below the 90% average literacy rate for Latin American and Caribbean countries. Education is modelled on the French system with elementary education normally taught in Haitian Creole and compulsory for children between 6 and 11. 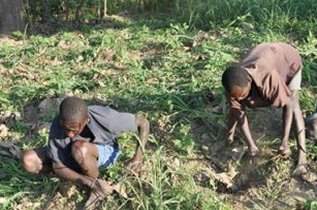 At the end of this period of "fundamental education", children should progress to secondary school however less than 22% of children actually do so, not least because most of those secondary institutions charge fees and nearly 80% of them are in urban areas and inaccessible to rural and poorer children. Many of these children end up working with the United Nations estimating hundreds of thousands of children in Haiti work in conditions similar to slavery. Many are known as 'restavek' slaves (from the French 'rester avec' ~ to stay with) ~ given away for domestic servitude, a practise deeply ingrained in the poor of Haitian culture. Most are girls aged 9yrs or younger and numbers are believed to be around 300,000 in a country where some 25% of all children aged between 5–17 live away from their biological parents. An estimated 85% of those fortunate enough to afford and enjoy a tertiary education choose to live abroad in search of a better life, diluting Haiti's future. The video below explores daily life for Haiti children. Also below is a directory of some projects and programs working in Haiti with these children who are looking for your support.