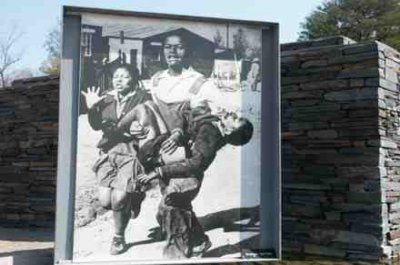 On June 10th millions across the world every year turn their attention to South Africa to mark the anniversary of a dark period in South African history for it was a week, beginning on June 16th 1976 when hundreds died and thousands more were injured in protest at the apartheid administration in South Africa. On that morning of 16th June, an estimated 20,000 Soweto students attended what was intended to have been a peaceful rally objecting to having to learn at school using Afrikaans, a rally which had the support of many teachers many of who had been fired and others resigned in protest at the directive, long forgotten but then suddenly reinforced that secondary education must be conducted in Afrikaans ~ a language few teachers could even speak let alone teach in.

The students started to refuse to take papers in Afrikaans which they saw as the language of their oppressors and a wave of school expulsions followed, yet more schools followed suit and were simply shut down by the government. When the rally started armed police were in attendance keeping a close eye for any signs of trouble. As with so many tense situations, it took just one moment for the gathering of thousands to turn from its peaceful intent into a bloody massacre and that moment occurred after some of the students started throwing stones at the police, and one officer retaliated, with a gun. Without warning many of the police started shooting children dead resulting in a wave of violent panic driven fury leading the police to withdraw whilst the students destroyed government buildings.

In the ensuing chaos emergency clinics overflowed with injured, bloodied and dying children. The riots then spread to other impoverished South African townships and the government reacted with brutal force with thousands of police being deployed the following day, with army back-up if required, to reimpose order. Whilst the riot was quelled with reports of upwards of over five hundred fatalities with over a thousand men, women and children being injured, the riot marked the serious birth of the ANC as a leader in the liberation struggle against white supremacy and the beginnings of the end of the then South African government. A line had been crossed and there was no going back.

16th June is now marked as African Child Day to remember the children who died on that fateful day. The day is also used to remind world leaders, particularly those of the G8, of the millions of children who die from malnutrition before their fifth birthday every year in Africa alone. Put June 16th in your diary and each year remember.

Details of how to sponsor a child
in South Africa with South African
child sponsor programs.

Facts, figures and a video about the lives of South African children today where one in five live in poverty.

As well as sponsoring a child why not explore volunteering opportunities in South Africa?